Hardworking people talk about feeling ‘burned out’ all the time, usually in the context of their job. The phrase is often uttered in moments of exhaustion and despair. When you hear someone say it, do you know why they’re saying it? To understand the origins of the phrase, we need to step into a time machine and travel back to 1974…

The Research Of Herbert Freudenberger

The phrase ‘burned out’ dates back to 1974, when psychologist Herbert Freudenberger used it in a paper to describe his colleagues at free health clinics in New York. Through his observations, Freudenberger noticed that many of the doctors and nurses treating patients started to lose motivation as time went on. As a result, the quality of care received by the patients started to gradually decline, even though they cared deeply about the wellbeing of their patients.

It wasn’t long before Freudenberger realized that he was also suffering from the same problems with his own work. For many professionals, a job represents a life-long dream or ambition. If a professional loses the driving motivation to pursue their dreams, it can be heartbreaking.

Freudenberger is widely considered to be the founding father of the ‘burned out’ concept. The psychologist began to write about his workplace experiences in various books. In his original 1974 paper, Freudenberger describes the state of being burned out as “becoming exhausted by making excessive demands on energy, strength, or resources”.

The Modern Epidemic Of The Workplace

When it comes to the workplace, we’re talking about burning out more than ever. To the frustration of many, there is still a hotly-contested debate among scientists and practitioners over identifying the symptoms associated with burnout. The debate extends to whether burnout syndrome can be classed as a mental disorder, with many academics pushing back on this. However, according to the ​World Health Organization​, ‘employee burnout’ is now an official medical condition.

Regardless of how burning out is classified, there’s no denying the scale and magnitude of this epidemic in the modern workplace. According to a recent ​Gallup study​ of nearly 7,500 full-time employees, 23% of employees reported feeling burned out at work very often or always. Additionally, 44% reported feeling burned out sometimes. These are staggering numbers. But should we be all that surprised? 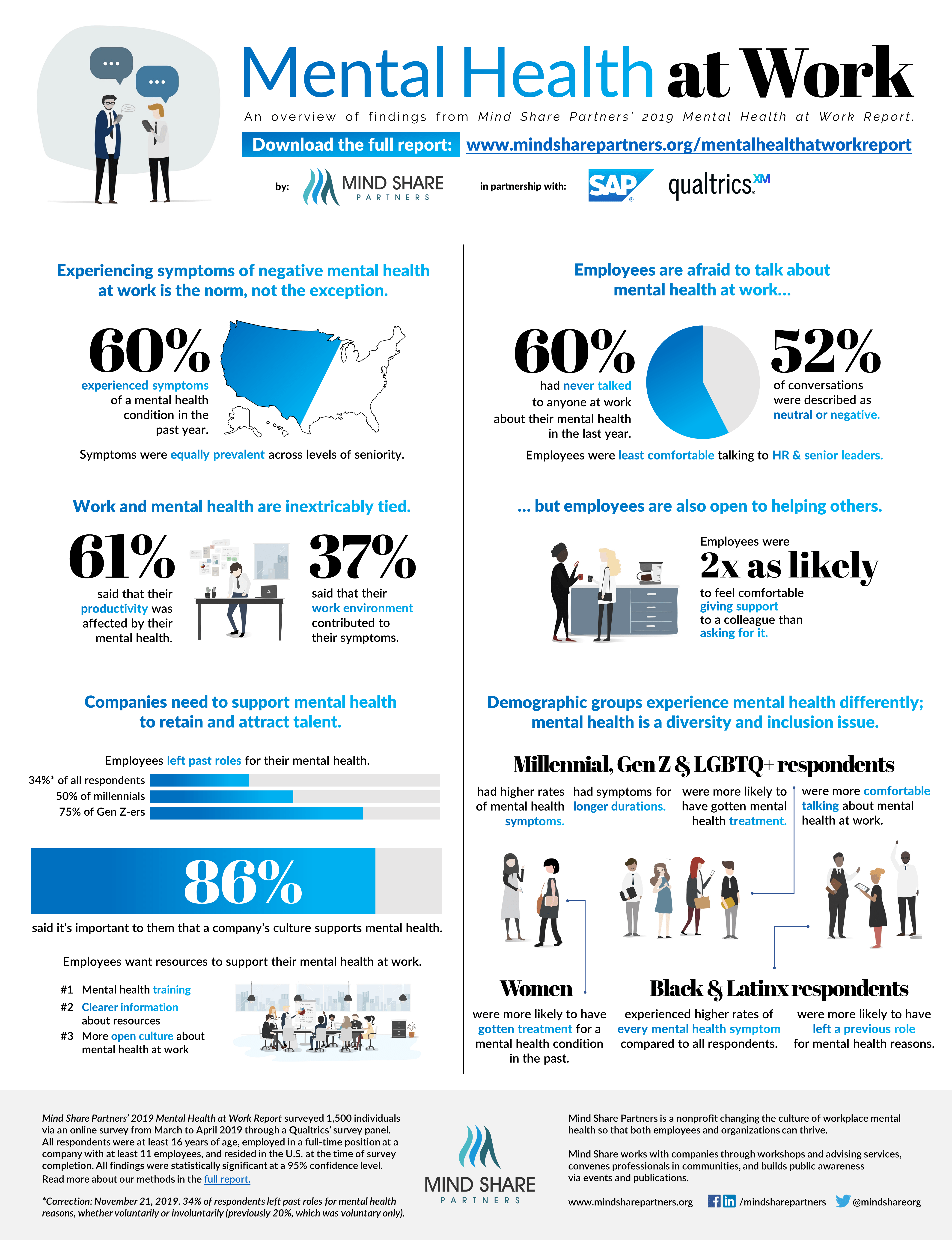 The increasing pressures of the modern workplace are no secret. For Millenials, intense working environments with looming deadlines and overly-ambitious objectives have become a thing of the norm. Research from ​Mind Share Partners’ recent mental health report​ found that about half of Millennials have left a job over their mental health.

At its core, burnout can be defined as job-related stress. How burnout can manifest and why is much less clear. Most agree that burnout has three key elements. The first is exhaustion, where an employee is emotionally drained and tired. When someone gives their all every day, there eventually comes a point where you simply run out of energy.

The second is depersonalization, when relationships between an employee, co-workers and clients begin to deteriorate, spiraling into negativity. Passion drives our decision and actions. One of the biggest ways to incentivize the passion of a worker is by showering them with appreciation. A lack of appreciation can demoralize hardworking members of your team, potentially leading them closer to the exit door.

The third is a lack of accomplishment or efficacy, where an employee begins to doubt whether they’re performing well in their role. This can often occur when those in leadership roles do not offer their team with personalized, well-rounded feedback on a regular basis. If the feedback fails to highlight and recognize the achievements of an individual, solely focusing on the needs for improvement, this can have a negative impact on their self-esteem.

Providing your teams of workers with peer appreciation, recognition and micro-feedback is vital to preventing burnout. Getting the systems in place to achieve this can be time-consuming, but fortunately, we’ve already done all the heavy lifting for you, with ​Karma bot​!

Our purpose is crystal clear:

Karma wants to help you build stronger, happier teams and we believe this begins with peer appreciation and recognition.

This intuitive tool sits within the workplace apps your team is already familiar with, such as Slack and Telegram.

Those hardworking, hidden-in-plain-sight employees in your workplace will never go unnoticed again. ​

How much does your team appreciation cost?

Find out how much you could save on team appreciation with Karma’s ROI Calculator.